We meet at a terrace on a sunny day in Antwerp. He says he forgot his cigarettes, I say I don’t have any but maybe he can ask one at the table next to ours. Seems that he’s too aware not to step into the “another Moroccan is asking for a cigarette” cliché. Ever since he was a kid, he tried to avoid any stereotypes. Carim Bouzian, 29-year-old, entrepreneur, into politics, Muslim and gay.

Where you raised to be beyond the scope of any cliché?
Yes and no. I was born here so I feel completely Belgian, never had the perception that Morocco is still ‘my country’. It’s a great country to go on holidays and my cultural background lies there, but that’s it. Yet my mother always had an ambiguous conflict in our upbringing. On one hand we had a very Flemish education. We were not allowed to talk Arabic to avoid an accent, but on the other hand she had her own baggage and influences from when she was young. So you can imagine the division. We were brought up very liberal but sometimes it bothered her because it was hard to recognize herself in her kids, mentality-wise.

And your father?
My father passed away but I still remember it was very important to him not to be restrained by boundaries and nationality.

And how is your relationship with your mother now? Because at one point you had to tell her you are gay.
I have a very strong connection with my mother and one day she told me that all my anger, all my tensions had nothing to do with her, but with the fact that I had to concede I was gay. So you can say she did my coming out, but that also means I always had the feeling it would be no issue. Since we were young she always told us we could marry whomever we wanted to, regardless of gender and nationality. As long as we were happy. The only rule was not to get in touch with the justice department.

Considering your upbringing, weren’t you a stranger among other Moroccan kids?
Very much. I was always the one who said it didn’t matter being gay before I even knew it myself. Seems like I was ahead of my time there.

Are you religious?
I believe in something from which there is no tangible proof of existence. It’s based on a feeling so I’m not the kind of religious person who thinks he has all the knowledge. For me, an intelligent believer is an agnostic. The Koran says that Christ has never been crucified and in Christian faith they say he has been. I’m not into this dogmatic thinking so I don’t want to mingle in that kind of discussion. These scriptures are written by witnesses and people who were around and we all know how news facts can be twisted for the better.

So you are more a spiritualist?
Sometimes believing makes you a bit of an anarchist. When you say that you believe in something above us, but you don’t believe in dogmas, you state that everybody is equal. This society is filled with categories and leading job positions but I never felt there was somebody who could tell me what to do.

You are, in spite of any dogmas, a follower of the Islam, so is it not forbidden to be gay?
That it’s forbidden is not quite true. You have the Koran, the first source, but then you also have the Hadith with the traditions of the prophet. In these scriptures there are verses to be found regarding homosexuality. The men who were allowed to be near the prophet’s women, were men who didn’t feel any passionate desire towards women, who wore jewelry, men who behaved femininely. Those are stories we find in the Islam. That is also why transsexualism is allowed in so many Islamic countries. Because one way or another the prophet acknowledged the existence of a third gender. Yet it’s been interpreted that you can’t stay a man if you are homosexual. For instance in Iran, homosexuality is a crime punishable by imprisonment or even execution where transsexualism is legal if accompanied by a sex change operation.

‘I really want to inform people on the true story. How is it possible that a religion who is so anti doesn’t properly verify if that what they hear is true.’

I don’t say that’s correct, don’t get me wrong, but it shows that in the early years there had been possibilities that are now entirely degenerated. Next to that, you can read a lot of stories regarding intersexuality in the Koran. They condemn sodomy in the story of Lot but that story is about violation of integrity. It’s a story about straight married men raping other men, about taking away someone’s honour. That had nothing to do with homosexuality.

Do you know why a lot of Muslims believe that homosexuality is wrong?
A lot of people have a blind faith in what’s been told and 99% don’t even know the content of the Hadith. They go to the mosque and believe what they hear instead of doing some research to check if everything is true. In essence, that’s where people go wrong. You have to keep an open mind and you have to do your investigation in order to be sure of what you believe. I keep on saying it to other Muslims; keep on analyzing things, keep on delving in consideration of the truth. Because there’s a huge difference in scriptures from a thousand years ago and present creeds. And don’t forget that in the dark ages, Europe pointed at Arabia for being decadent, for it’s poems about homosexuality. Today we’re looking at a moral inversion. The Islamic world is now pointing at Europe for being degenerate. Isn’t it about time to raise awareness of the fact that it’s no one’s fault? That someone’s sexual character is just a given?

You seem to know a lot about it?
I really want to inform people on the true story. How is it possible that a religion who is so anti, who even practices death penalties regarding homosexuality – mind you they consider homosexuality as adultery and you can get stoned for that – doesn’t properly verify if that what they hear is true. Even the punishment of stoning is never mentioned in the Koran. I consider this lack of knowledge, a large shortcoming of the Muslim community. We live in a place where millions of documents are available so use it, because otherwise you lose the core message of your religion. Let’s not forget that the greatest followers of Jesus and Mohamed where people who lived on the sideline, small groups. Contemporary religion doesn’t allow these people any more. They condemn them. When you reckon everything and everybody being wrong, it results in a religion with too many taboos. And the more taboos you have, the less you can develop yourself. It’s the largest brake of all because it leads to deterioration of the community.

You take a stand on the subject matter and you talk to people in order to change things. Why this commitment?
I always felt the urge of doing something. I can’t handle injustice. For me it’s a natural reflex to react on unreasonable and unjust behaviour and not only because I’m gay. When I compare myself to other gay men and women I can say I had it quite easy, yet I have to take a stand by some kind of inner pressure. Sometimes my mother complains about it, asking me why I always have to enter into a discussion, but I can’t help it. I put a lot of effort into explaining but I also react on things I hear or read, when dogmas are randomly spread. Not everybody likes that and I’ve had more than one death threat in the past.

Yet that didn’t hold you back to keep on going?
On the contrary. I got more motivated. It depends a lot on how you look at it. The Moroccan community is not just one community, there are several. The Islam is what binds most of them but not all of them are practicing Muslims. Most of the time it’s only the conservative wing that’s not keen on my interferences. The more liberal people think it’s a good thing. I don’t say they agree, but at least it’s tolerated to have another opinion. And then you have the left wing, which are of the opinion that you have to do what you got to do. It’s not all as black and white as people think.

You triggered a campaign regarding homosexuality within the Islam. Can you tell me something about that?
I promoted a poster campaign for acceptance of Muslim homosexuals. The image showed two gay boys and two –girls. Needless to say it wasn’t fully appreciated but those things have to be done. Some gays are confronted with extreme reactions and I feel addressed to try and make a difference. Everybody has to have the guarantee to be safe. That’s a basic human right. You can’t change things by just talking about it, you have to act. And yes, call me an idealist, but I’m motivated, and hopeful.

And isn’t that the perfect combination! 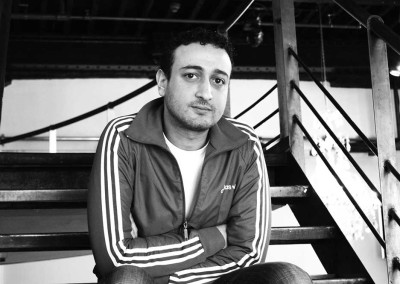 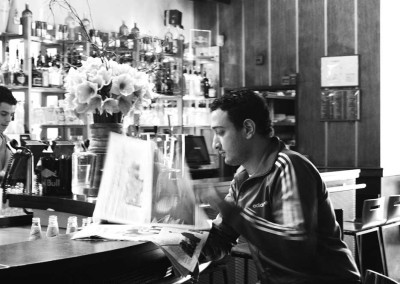 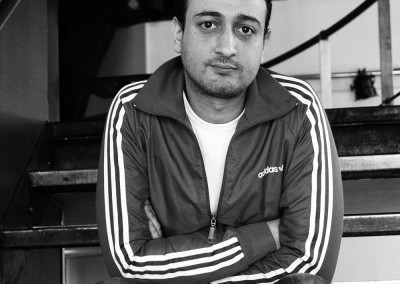 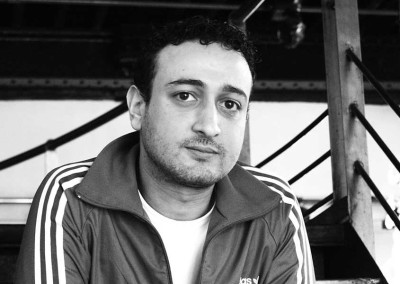 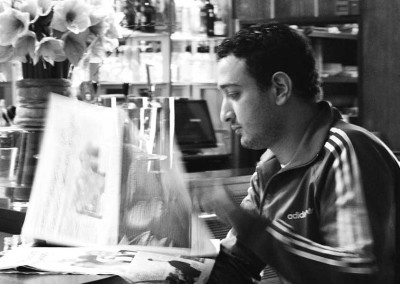 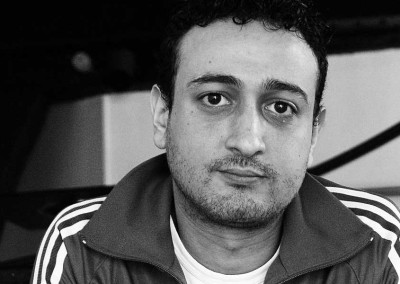