The Guerrilla Girls are a group of anonymous estrogen-bomb dropping, creativily complaining feminists. They fight discrimination and corruption in politics, art, film and pop culture with ‘facts, humor and fake fur’. Behind their scary gorilla masks you can find women of all sorts and kinds with pseudonyms of dead female artists. Let’s take a look at the Guerrilla Girls’ deadly weapons.

Facts.
The Guerrilla Girls started off in 1985, after a protest against an exhibition at the Museum of Modern Art in New York, the most influential museum of modern art in the world. The exhibition included only 17 women out of the 165 displayed artists. A bunch of female artists made posters that stated these facts of discrimination and put them up throughout art neighbourhood SoHo. The Guerrilla Girls were born. The group started making statistics of women artists and artists of color in museums, academies and art galeries. They committed themselves to counting, writing letters, and researching museums and galleries. “There’s a popular misconception that the world of High Art is ahead of mass culture. But everything in our research shows that, instead of being avant garde, it’s derriere.”, the Guerrilla Girls stated in an interview on their website. The GG’s even did a ‘weenie count’ in the Metropolitan Museum  of Art in New York. They came to the conclusion that less than 5% of the artists in the Modern Art sections were women, while 85% of the nudes were female. A new Guerrilla poster was made and showed the back of a naked gorilla-headed woman that lies down and seems to say: “Do women have to be naked to get into the Met. Museum?”  A quarter of a century later the same updated poster demonstrates figures that have hardly changed: female artists at the Metropolitan Museum dropped down to 4% and the female nudes became 76%.

Many other posters came up, as well as stickers, a website and fun fact books. The GG’s hung up female named banners over the generally male artist names on European museum façades, invaded the Venice Biennale with giant banners, launched a anti-film industry billboards in Hollywood right before the Oscar Awards, put up an interactive feminist banner outside the city art gallery at the Art Boom festival at Krakow and many more. With their striking statements and provocative appearances the Guerrilla Girls continuously endeavour to undermine the reigning stereotypes in the art world and other areas. “One poster led to another, and we have done more than hundred examining different aspects of sexism and racism in our culture at large, not just the art world.” In their campaigns the ‘girls’ don’t avoid other sensitive subject that are important to them such as abortion rights, the gulf war, racism, queer issues, homelessness and (sexual) violence. “We are a collaborative group, we don’t work in an orchestrated way. Members bring issues and ideas to the group and we try to shape them into effective posters.” 28 years after the start the Guerrilla Girls have become a habitual -and sometimes notorious- presence in exhibitions, film festivals, newspapers, university aula’s, museum bathrooms and on walls and billboards all over the world. “What started out as a lark has become an ongoing responsibility, a mission. We just can’t abandon our masked duty! It’s been a lot of fun, too!”

Humor.
Another main mission of the Guerrilla Girls is to modernize the word ‘feminism’, their own proclaimed ‘f’ word. Although they call themselves ‘girls’ and sometimes wear short skirts and high heels, the Guerrilla Girls consider themselves pure feminists. “By reclaiming the word ‘girl’, it can’t be used against us. Wearing those clothes with a gorilla mask confounds the stereotype of female sexiness.”, one of the members confirms drily. With their –let’s say- remarkable appearance the GG’s hope to shock and provoke the world. “Our situation as women and artists of color in the art world was so pathetic, all we could do was make fun of it. It felt so good to ridicule and belittle a system that excluded us.”

‘Our situation as women and artists of color in the art world was so pathetic, all we could do was make fun of it.’

To the question of how many the Guerrilla Girls are, their answer is that they secretly suspect that all women are born Guerrilla Girls. “It’s just a question of helping them discover it. For sure, thousands; probably, hundreds of thousands; maybe, millions.” Over the years the Guerrilla Girls have become one fluid and crazy but close family off all ages, As they work anonymously they hardly ever accept new members. They rather stimulate their numerous fans all over the world to take them as a roll model and start up their own actions and strategies. And most of all motivate them to complain, complain and complain, but rather in a funny and creative way. To give an idea, they published their Guerrilla Girls’ Art Museum Activity Book, wich is stuffed with funny games, facts and tips like ‘putting up posters and statements in the museum bathrooms’ and ‘dress up and give a do-it-yourself guided tour in your favorite art gallery about the real story behind the displayed art.’ The Guerrilla Girls’ website has several downloadable posters and stickers, like for example the call to drop a new weapon on Washington: the Estrogen Bomb. ‘If dropped on the super-rich trying to take over the country, they would throw down their big guns, hug each other and start to work on human rights.’

Fake fur.
Shortly after their first actions in 1985 and the following press attention, the group members decided to hide their identities when appearing in public. As most of the members are active in the small art world, they prefer to avoid career problems and to bring the focus to the issues, not to the Guerrilla Girls’ personalities. And it seems to help: the mystery surrounding their identities has attracted attention ever since then.The GG’s give themselves names of dead female artists like Frida Kahlo, Eva Hesse, Kathe Kollwitz, Gertrude Stein and Georgia O’Keeffe, in order to reinforce these women’s position in cultural history.The slightly aggressive gorilla masks with sharp teeth were an accidental idea that emerged after a bad speller wrote ‘Gorilla’ instead of ‘Guerrilla.’ The masks immediately became symbol of the Guerrilla Girls’ strength. The good avengers are not afraid to use their loud voice or roll their muscles. But at the end the day, each Guerrilla Girl hangs up her mask and returns anonymously to her daily life. Untill the next mission comes along. And looking at the world today, these kind of missions will still be required for a while. So if you see some Gorilla heads popping up behind the corner of your street, don’t get scared and run away. Just join and play. 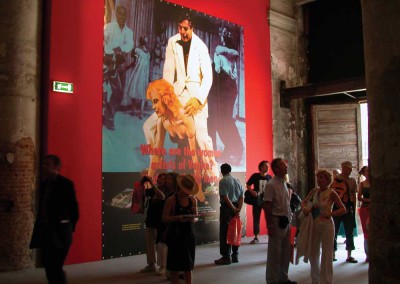 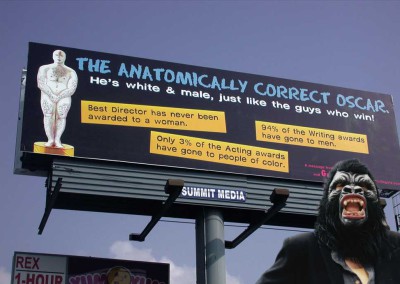 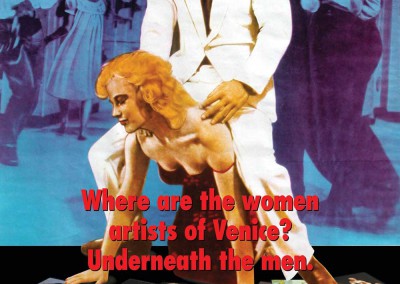 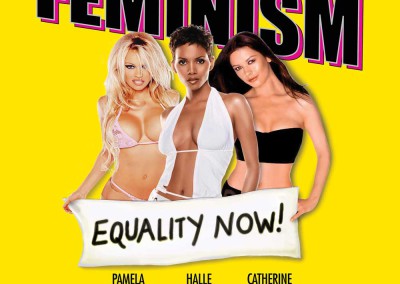 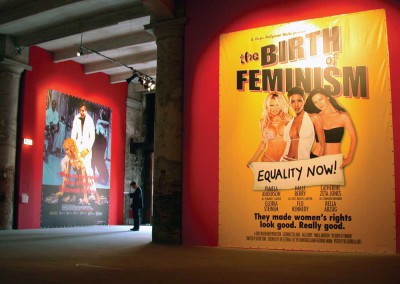