MakeUp2MakeUp is a non-profit organization based in Antwerp, Belgium, that has been supporting the transgender community in Kathmandu, Nepal, since 2008. MakeUp2MakeUp offers training in hairdressing and make up, as well as English language courses to members of the local transgender community, providing those who would otherwise disappear at the edge of society with a supportive environment where they can be(come) themselves, regain and build self confidence, as well as gather the necessary skills for a job on the regular labor market. We talk to Peter Platel, owner of the fabulous Wakko hairdresser salons and founder of the MakeUp2MakeUp project.

First things first; why does someone pick Nepal for such a project?
Well, 4 years ago, I went to visit a friend in Kathmandu, Nepal. One night – in a bar, what did you expect – we met some people from the transgender community and we started talking to them about their lives, their dreams, their goals and possibilities. When I told them I was a hairdresser, they asked if there was a possibility to share my knowledge. The idea to organize a seminar in hairstyling and make up swiftly came to mind.

Why did you choose to help?
I wanted to reach out, to contribute, because I felt like it would make a difference. Yet being a hairdresser, I never knew how and where and when. This was a gift that came at the perfect moment and a unique opportunity since there was a one on one interest from the community itself.

How did you start?
The first thing I did when I came back home was starting to collect make up sundries and hairdressers equipment. By the end of October 2008, I went back to Kathmandu with a suitcase filled with 25kg of brushes, combs and make up stuff. I had to buy my clothes over there because there was no space left in the suitcase.

And they were ready for you?
I guess it doesn’t come as a surprise that nothing happened the way I imagined it. I prepared a 2-week itinerary with a detailed plan on how to proceed but that quickly turned out to be a waste of time. There wasn’t even a suitable place to teach. Fortunately, I was able to connect with The Blue Diamond Society who gave me the opportunity to install a classroom on their rooftop terrace.

The Blue Diamond Society?
The Blue Diamond Society works in Kathmandu with both local communities as well as on a national level to improve the sexual health, human rights and well being of sexual and gender minorities in Nepal including third-genders, gay men, bisexuals, lesbians and so on. Their key activities include health promotion, psycho-social counseling, raising awareness about HIV/AIDS, promoting human rights and sexual health, documenting human right violations and legal counselling and litigation services for the victims and families, legal and constitutional campaigns, lobbying for policy change and advocacy. The Blue Diamond Society has done an exceptional job in publicizing these incidents on a local, national and international level, bringing attention to this situation. The government legalized homosexuality in 2007 and officially recognized the Third Gender in May 2011.

Is Nepal the perfect country for people out of the ordinary?
On paper? Yes. They were the second country in the world where you could register as being transgender. They call it third gender or third sex. Reality shows a different image. Most transgenders stay in the closet because the ones who do speak up, get emitted. They don’t have any access to medication and they randomly take hormones hoping to grow breasts. It works for 2 out of 10, but the others get sick, resulting in skin diseases, liver issues, etc. It’s highly problematic. There’s still a lot of work to do because many things go wrong by lack of information.

And how about the Third Gender? How do you define that?
Third Gender doesn’t have a clear definition. For example: Being physically a man but not identifying oneself as such is an option to register yourself as third gender. Whatever your physical appearance may be. It kind of brings everyone together who stands or lives outside the box. It encompasses a wide range of diversity. Here in Europe we speak in terms of transsexual, transvestite, gay, … from a need to make categories. In Nepal everyone falls under Third Gender.

And what’s their place in the caste system?
Unfortunately, they have a low position in the system, which, for us, is very difficult to understand. Many of them have been rejected by their families. For example, the Hydra’s: Sub-caste castrato’s with a religious function in the Hindi society and cultural life. They believe it’s very important to have a Hydra at a wedding so they can give their blessing in order for the newlyweds to be protected for both good and bad fortune. In spite of their importance, the Hydras are outcasts who live on the street and live a very challenging life. Situations like these make things very incomprehensible sometimes.

‘Here in Europe we speak in terms of transsexual, transvestite, gay, … from a need to make categories. In Nepal everyone falls under Third Gender.’

It must have been quite an adjustment to work there?
The encounters were very intense since I was confronted with extreme poverty. Most people live from day to day because some of them don’t even know whether they are going to be able to eat or where to sleep at night. Combine this with the transgender issue and you have to deal with something that couldn’t be any further removed from your comfort zone. As a transgender they don’t get any psychological support or guidance, they don’t or hardly have access to any kind of information on the subject matter and no medical care.

How did you manage being part of this community?
Starting with a small group of 7 people, interest grew daily to almost 30 by the end of the first seminar. Some students really kept on practicing and working hard, and were about to embark on an interesting and changing career. One student won a competition prize, to train as a makeup artist for a big brand, some work for tv shows and events, and the best thing was that lots off them returned to class a year later. The group now has new students and others are doing a follow up seminar. It’s great for their self-esteem and personal development. The noble idea is to teach these people more skills so they can develop a regular job away from the sex work, if they want.

You must be proud.
I am most of all very grateful that I was given the chance to do all of this. The fact that it transformed some people’s lives is a wonderful bonus. Sophie for example is a highly motivated girl I worked with and she took this chance with both hands. She is very talented and sat first row at every lesson. Being very verbal, she evolved into being the spokeswoman of the Nepalese transgender community and became a professional make up artist working for television, Miss Nepal and many other things. And then you have Anjali, who is now attending university and working on a career as a model. As you can see, the local motivation is there, it just needs a good follow up.

How do you do that?
There is a great basis from which we can proceed and start to think bigger. The importance of education and training has been proven very clearly. The students realize that this project gives them a great opportunity to change their life and their life-conditions. A real job can provide them with security; keep them off the streets and away from a life in the sex industry if that’s what they want. I will be going back in October with a friend and co-worker from the salon – Fabio – and we are going to take it a step further by including English and eventually computer classes. The general level of English is not good enough yet and it’s a fact that the more communicative the people are, the more they can create and work on a change for themselves and others.

I guess you still need a lot of support?
I am truly amazed and pleasantly surprised to see the impact of what has been realized so far within a few years so yes, it’s important to keep up the support. We need money, as well as logistical and practical help. We are fully committed to this project and return every year to support the students and the local people. The more support, the better the work we can do. In the name of the people of Kathmandu: Thanks for the support. 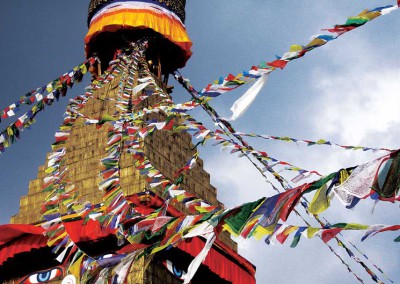 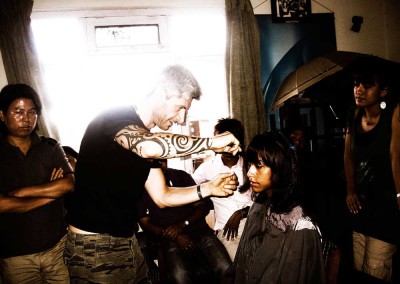 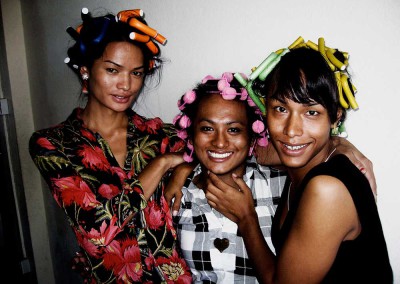 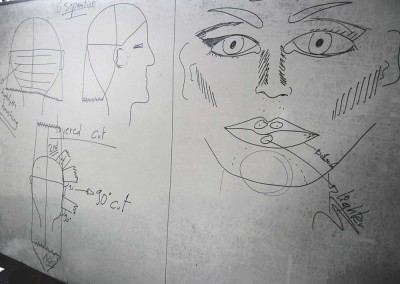 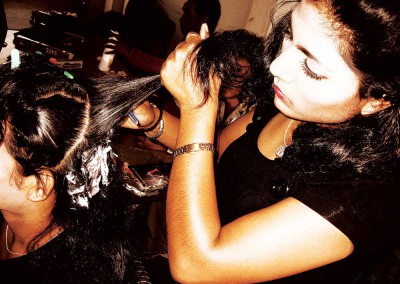 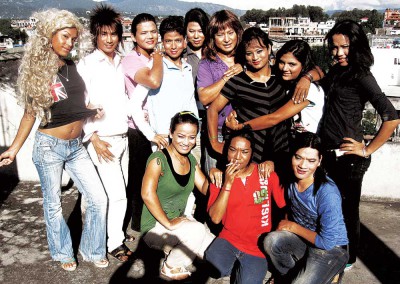 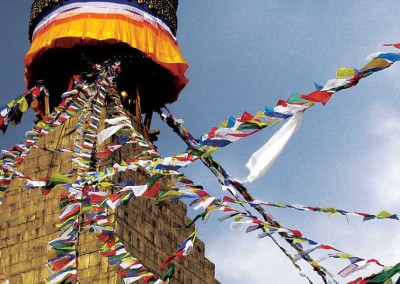