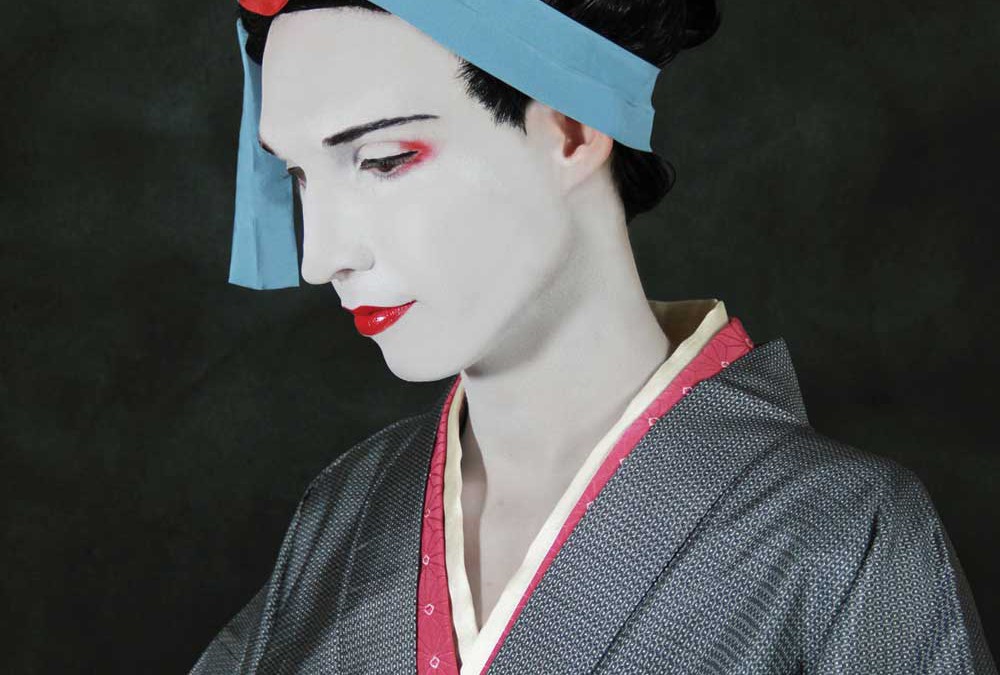 What do historic figures like Hatshepsut, Pope Joan, Segawa Kikunojo III, Henry III of France and Charlotte von Mahlsdorf have in common? Visual artist Matthijs Holland told us all about it.

Do tell!
I wanted to create a photo project based on freedom and tolerance regarding gender. First I had my sight on the future, thinking about an ideal world and how wonderful it would be if the concept of gender would no longer be based on any norm or definition. When I decided to look at the past first in order to understand the future, I found many historical figures who disregarded social conventions. They broke with the socially imposed norms of their days. None of these figures from the past fit the role that was created for them. They could not conform to the restrictions they encountered and broke free from them. They show us that questioning gender doesn’t specifically belongs to our culture: it is of all times. It has always been there. The norm in regard to gender is much too limited and unrealistic.

Can you explain your vision on gender?
Each sex is enclosed by a strict socially imposed norm. Masculinity belongs to the man and femininity to the woman. Anything that falls outside either category does not belong to the majority and is unfamiliar territory. The unknown doesn’t fit in the social straitjacket and can’t be easily understood anymore. Because of that, it causes fear and rejection by a large number of people. Dominant women are attacked for their lack of femininity and sensitive men are not considered to be ‘real’ men. People whose gender role doesn’t fit the socially imposed norm have to justify themselves to society. However, between the stereotypical man and the stereotypical woman lies a broad spectrum where they gradually blend together and fall outside of the norm.

So you made a work of art to address these issues.
I searched for a strong basis to tell those stories. I looked at history and brought these historical figures into the present because gender is a universal theme of all times. It is very close to me as a person and a visual communicator.

The series is called NormAll.
I have the strong opinion that ‘everything’ should be the norm. Then words like ‘norm’ and ‘normal’ wouldn’t exist. The man/woman norm is very limited so I called it NormAll.

Who are the people in the series?
The timeline of portraits shows five inspiring people who each in their own way could not conform to the predominant expectations. Hatshepsut,  who did the unthinkable in a male-dominated world and crowned herself pharaoh. Pope Joan who, by disguising herself as a man, could escape the female straitjacket of the Middle Ages and was acknowledged for her talents. The Japanese actor Segawa Kikunojo III, who was so feminine that he became the role model for geishas. And Henry III of France and Charlotte von Mahlsdorf, who each in their own time chose to step outside of the expected gender roles to truly be themselves.

‘It is my idea that gender is a flexible state, evolving constantly and moving like a wave. Dependent on the phase you are going through.’

You chose to make self-portraits, dressed as those five people. Why?
During my research, I read a lot of books by Judith Butler in which she writes about performativity. She asserts that ‘Gender is an impersonation and becoming gendered involves impersonating an ideal that nobody actually inhabits’. Gender is an ongoing, evolving element that isn’t determined at birth. By considering myself a blanc canvas I was receptive to assume the role of those historical figures. To be entirely honest I must say that Ru Paul’s ‘Drag Race’ was also very inspiring on the concept of transformation.

What conclusion did you arrive at from studying both past and present?
It is my idea that gender is a flexible state, evolving constantly and moving like a wave. Dependent on the phase you are going through. At times you give your male side more space, at times you are more in touch with your feminine side. When it comes to sexuality – and I don’t confuse gender with sexuality – people are more fluid. I see it as a percentage. Some are more hetero or gay than others. When we are talking about conclusions from studying the past, let’s be fair: where do we stand when it comes to gender in the 21st Century? In many places in the world women still have to fight to be heard, feminine men and homosexuals are being violently attacked or even punished with death, and transgender people are still being looked upon as a curiosity. Have we moved forward through history or have we become even stricter? Which stories of our time will we add to this portrait gallery in 10 years? 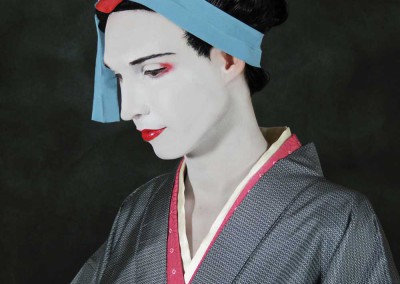 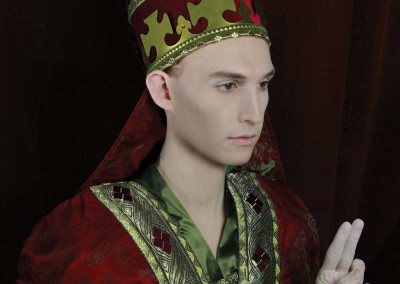 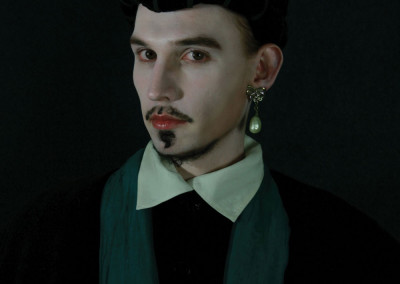 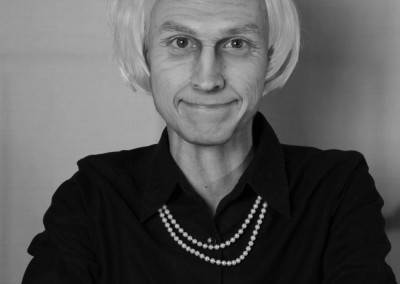 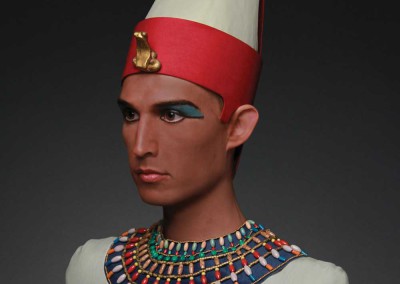 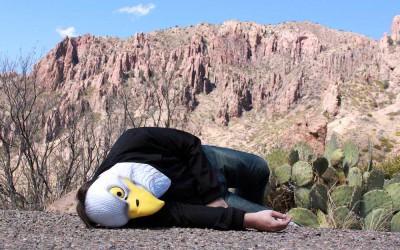 Quirky and theatrical, is how I described Nigel Grimmer’s work the first time I encountered it; tense and layered upon further inspection. Grimmer’s art practice is an ongoing investigation exploring the relationship between public and personal…..

END_OF_DOCUMENT_TOKEN_TO_BE_REPLACED 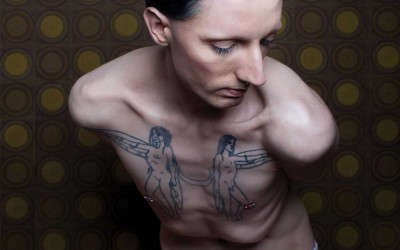 Her website states: ‘So far I have done research on various topics: identity, beauty ideals, (ab) normality, medical abnormalities, skin, perception, genderbending and uniqueness in contrast to uniformity.’ Needless to say we were very…..

END_OF_DOCUMENT_TOKEN_TO_BE_REPLACED 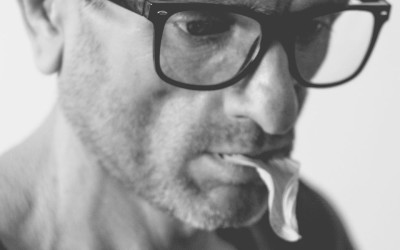 A Kind of Absence

German photographer and visual artist Dirk H. Wilms focuses on self-portraits since 2001, the year he received his HIV diagnosis. After the diagnosis he barely left his house for almost four years. He thought everyone would know immediately he carried the…..

END_OF_DOCUMENT_TOKEN_TO_BE_REPLACED 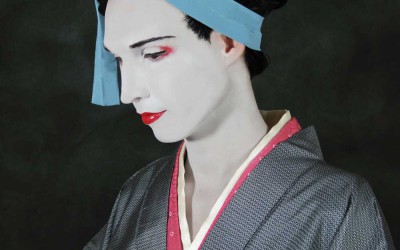 What do historic figures like Hatshepsut, Pope Joan, Segawa Kikunojo III, Henry III of France and Charlotte von Mahlsdorf have in common? Visual artist Matthijs Holland told us all about it. Do tell! I wanted to create a photo project based on…..

END_OF_DOCUMENT_TOKEN_TO_BE_REPLACED 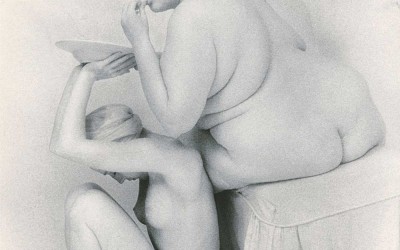 Lynn Bianchi is a New York City-based fine art photographer and multi-media artist who has shown work in over thirty solo exhibitions and in museums worldwide. Her photographic art has been featured in over forty publications. Bianchi’s Heavy…..

END_OF_DOCUMENT_TOKEN_TO_BE_REPLACED 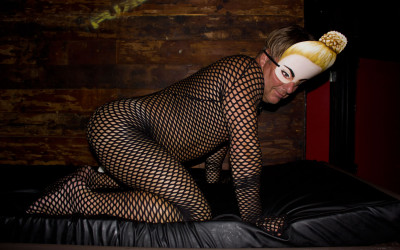 Young, reckless and fresh from the Arnhem art academy. In order to find a suitable subject for his graduation project, Paul Buijs went where no other student would follow; the shady underworld of gay darkrooms and sex parties. Hovering…..